The Screamers were a American Synth Punk band , founded by Tomata du Plenty and Tommy Gear in 1975 in Seattle, Washington .The original name of the band was originally called The Tupperwares, later changed to the Screamers and relocated in Los Angeles in 1976. The band was part of the first wave of the L.A. Punk scene. The Los Angeles Times applied " Techno Punk " to the band in 1978, since the group relied on a synthesizer and a electric piano, replacing the electric guitar. The Screamers however never officially released a record, but there has been bootlegs such as demos, composed rehearsals, and live tapes released. 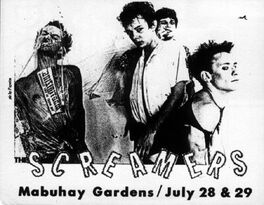 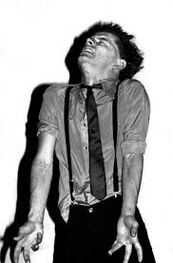 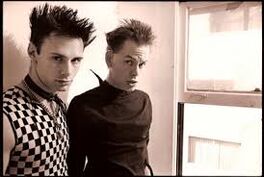 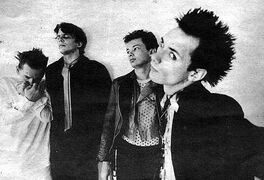