The Style Council, Time UK Sharp, From the Jam
The Jam were  a English punk rock/mod revival band active during the late 1970s and the early 1980s. The band were formed in Woking, Surrey, England in 1972. The band wore smartly tailored suits reminiscent of English pop-bands in the early 1960s, also influenced by British rock groups such as The Who, The Beatles, and The Kinks and American Motown music. Beat music, soul, rhythem and blues and psychedelic rock had major influences on the band during the course of their careers.

Polydor released the Jam's hit single In The City on April 29th 1977.A month later,the band released their debut album .The Jam covered various songs, such as Slowed Down and the 1960s TV series Batman theme song. 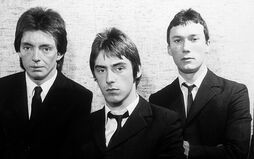 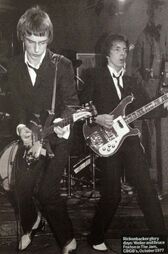 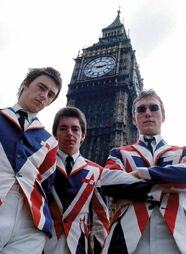 Retrieved from "https://punk.fandom.com/wiki/The_Jam?oldid=8263"
Community content is available under CC-BY-SA unless otherwise noted.