Oi! is a subgenre of punk rock, originated in the late 1970s in England. The Oi! movement was a reaction to the Punk scene, and reviving a new wave of Skinheads. Oi! blended the sounds of The Sex Pistols, The Ramones, The Clash, and The Jam with the influence of 1960s British rock bands like Small Faces and The Who, including football chants, drinking songs, folk music, and Glam rock bands such as Sweet and Slade.

Oi! is considered to be a Skinhead-oriented genre, the original Oi! bands consist of Punk rockers, who fit neither Skinhead or Punk label. Bands like Sham 69, Cock Sparrer, Cockney Rejects, Blitz, 4-Skins, The Business, and Angelic Upstarts helped popularlize the Oi! scene. 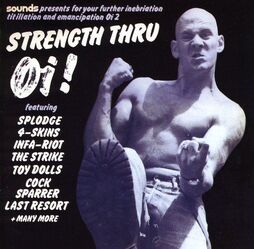 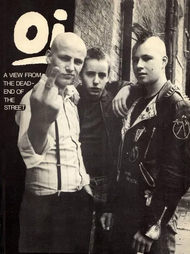