Minor Threat was an American hardcore punk band formed in Washington, D.C. in 1980 and disbanded in 1983. The band was relatively short-lived, but had a strong influence on the hardcore punk music scene. Minor Threat's song "Straight Edge" became the eventual basis of the straight edge movement, while the band often professed their own "straight edge" ideals. Allmusic described Minor Threat's music as "iconic," and noted that their "groundbreaking" music "has held up better than [that of] most of their contemporaries."

Along with the fellow Washington, D.C. hardcore band Bad Brains and Califo rnia band Black Flag, Minor Threat set the standard for many hardcore punk bands in the 1980s and 1990s. All of Minor Threat's records were released on Ian MacKaye and Jeff Nelson's own label, Dischord Records. 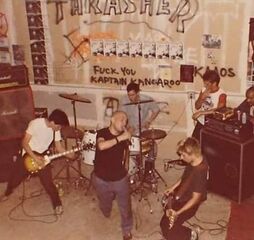 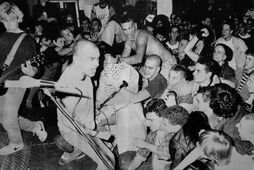