Secret Records, Panache Records, Randale Records
Infa Riot is a Punk Rock/Oi! band formed in 1980 in Wood Green, North London, England by vocalist Lee Wilson and guitarist Barry D'Amery. The name Infa-Riot is an abbreviation for "In for a riot".

Infa-Riot played their first gig as supporting act for Angelic Upstarts in the Lordship Pub,Wood Green(sadly now a betting shop). Their fourth gig was reviewed in the Sounds magazine by Thomas "Mensi" Mensforth of Angelic Upstarts.Two Infa Riot tracks were issued in the legendary Strength Through Oi! compilation in May 1981 and their classic song Each Dawn I die was issued in the follow up compilation Carry on Oi later in 1981. 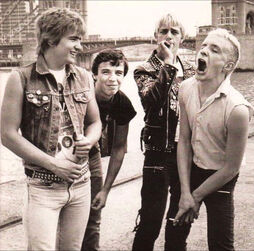 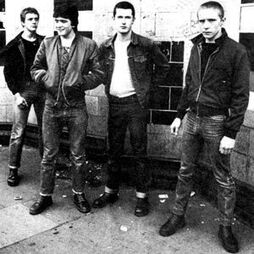