Futurisk was an electronic Synth Punk group based out of Lighthouse Point that recorded and performed live in the late 1970s and early 1980s in South Florida, and are believed to be the first electropop/electropunk band in the American South. 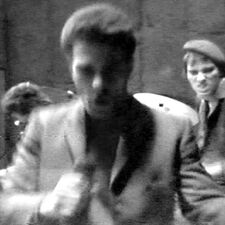 Retrieved from "https://punk.fandom.com/wiki/Futurisk?oldid=4628"
Community content is available under CC-BY-SA unless otherwise noted.