DEVO (often capitalized as Devo or devo, it varies) is an early New Wave band from Akron, Ohio. Formed in 1973, they are largely known for their unusual outfits (usually a yellow radiation suit with a red "energy dome" hat) and lyrics, which largely concern the theory of devolution.

DEVO started out as a Punk Rock/Post Punk band, who put a high priority on spreading awareness about devolution, even naming themselves after the concept. They started making music videos right from the start, and are considered by some to be pioneers of the music video. 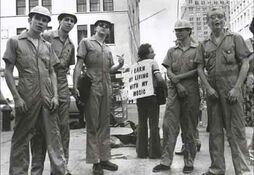 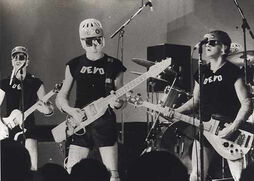 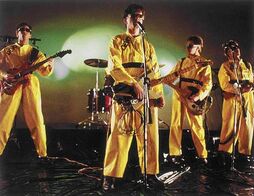 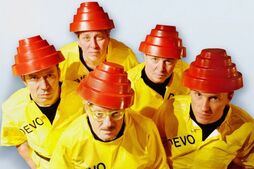