The Band with No Name

Amebix were a British Crust Punk/heavy metal band. Formed as "The Band with No Name", Amebix's original run was from 1978 to 1987, during which time they released three EPs and two full-length LPs. The group reunited in 2008 and disbanded again in November 2012.

By being one of the first bands to blend Anarcho Punk and heavy metal music, Amebix are often cited as one of the key bands that helped to create the crust punk style, and is considered as a Proto Thrash/extreme/speed metal band.[1][2] Such notable bands as Sepultura, Neurosis and Deviated Instinct have paid homage to the band.[3]

Amebix took inspiration from Motörhead (and to a lesser extent Lemmy-era Hawkwind), Black Sabbath, and combined with an ethos and worldview akin to Crass. They were also influenced by various Post Punk and Gothic Rock bands, including Public Image Limited, Bauhaus, Joy Division and especially Killing Joke. Many have claimed that Amebix were influenced by proto-black metal band Venom; however, Rob Miller has denied this on numerous occasions. Hellhammer, Bathory and Darkthrone have stated that they were hugely influenced by Amebix. 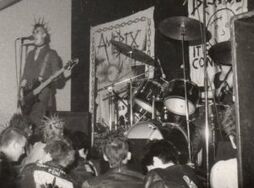 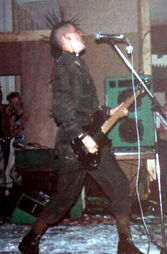 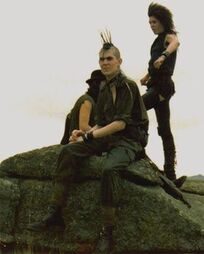